Aston Martin is once again wowing drivers with two new vehicles that have all the pizazz and none of the pollution.

“We set ourselves an ambitious target to be the world’s first luxury electric brand,” he says. “[Lagonda] is for the high-end luxury customer who wants to explore and be autonomous while remaining mindful of the impact they are having on the enviro-ment. Lagonda will achieve this but it will also delight the people who get to enjoy its unique internal environment.” 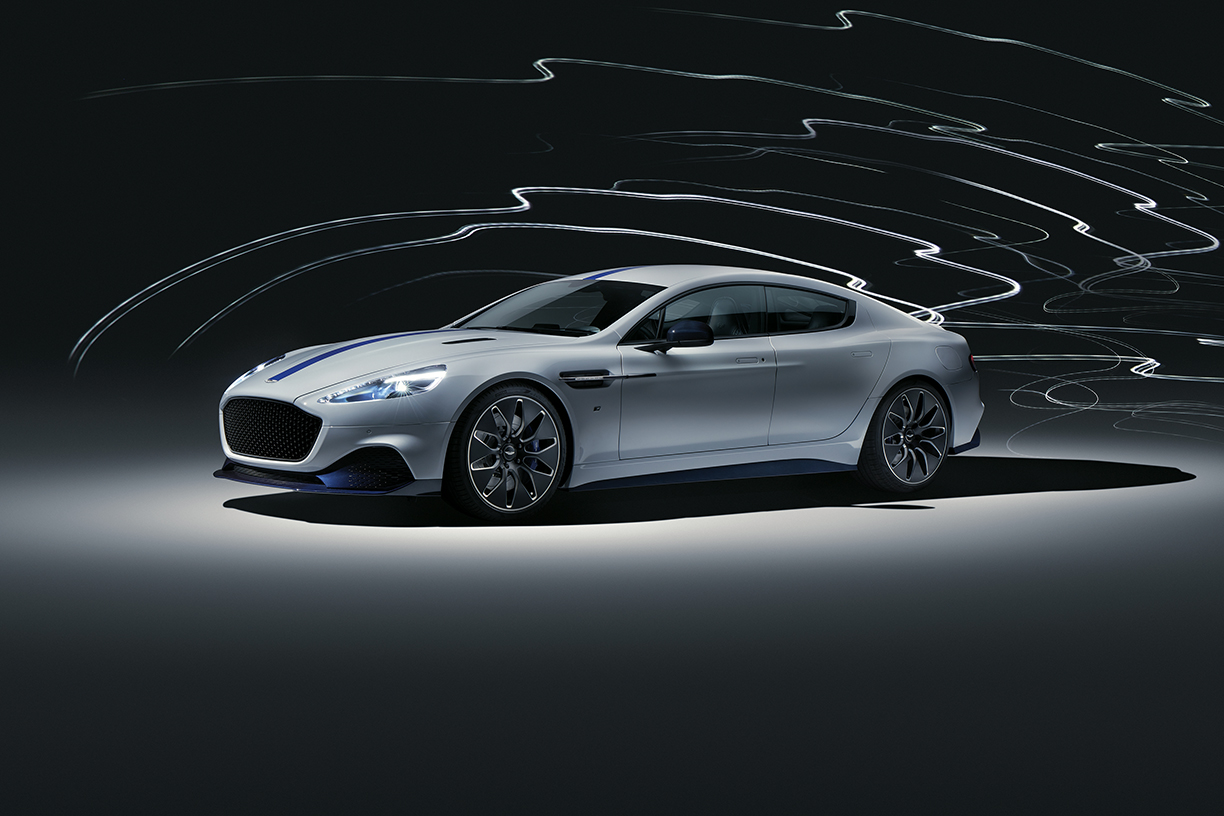 The Electric Future featured the Rapide E, the company’s first electric sports car, as well as the Lagonda Vision Concept, the latter of which first turned heads at the Geneva Motor Show in 2018. The sleek vehicle’s four-passenger interior doubles as a stylish space, with cashmere interiors and swiveling fronts seats. The Vision Concept is designed as a self-driving vehicle, and it’s expected to enter production around 2022.

Meanwhile, the Rapide E has already delighted drivers across Europe and Asia, making a flashy debut in Morocco and Shanghai in spring. With a design that was based on its V12 predecessor, the Rapide AMR, it’s no surprise that the Rapide E clocks in at a max of 155 mph — all on an 800-volt battery.

The car boasts twin electric motors that produce 610PS and 950Nm of torque, allowing it to zip from 0 to 60 mph in less than four seconds, and can manage the jump from 50 to 70 mph in 1.5 seconds.

On the inside, the car’s digital gadgets include a sleek display for battery and energy information, and Aston has also developed a smartphone app to monitor the car’s battery life and parking spot, among other features.

According to John Caress, vehicle line director, the Rapide E drives a little more than 200 miles on battery power alone, which can then be recharged from 0 to 80 percent in just 35 minutes — so you’re back up and on the road in no time. It’s expected to enter production at the end of the year, with a limited run of 155 vehicles. 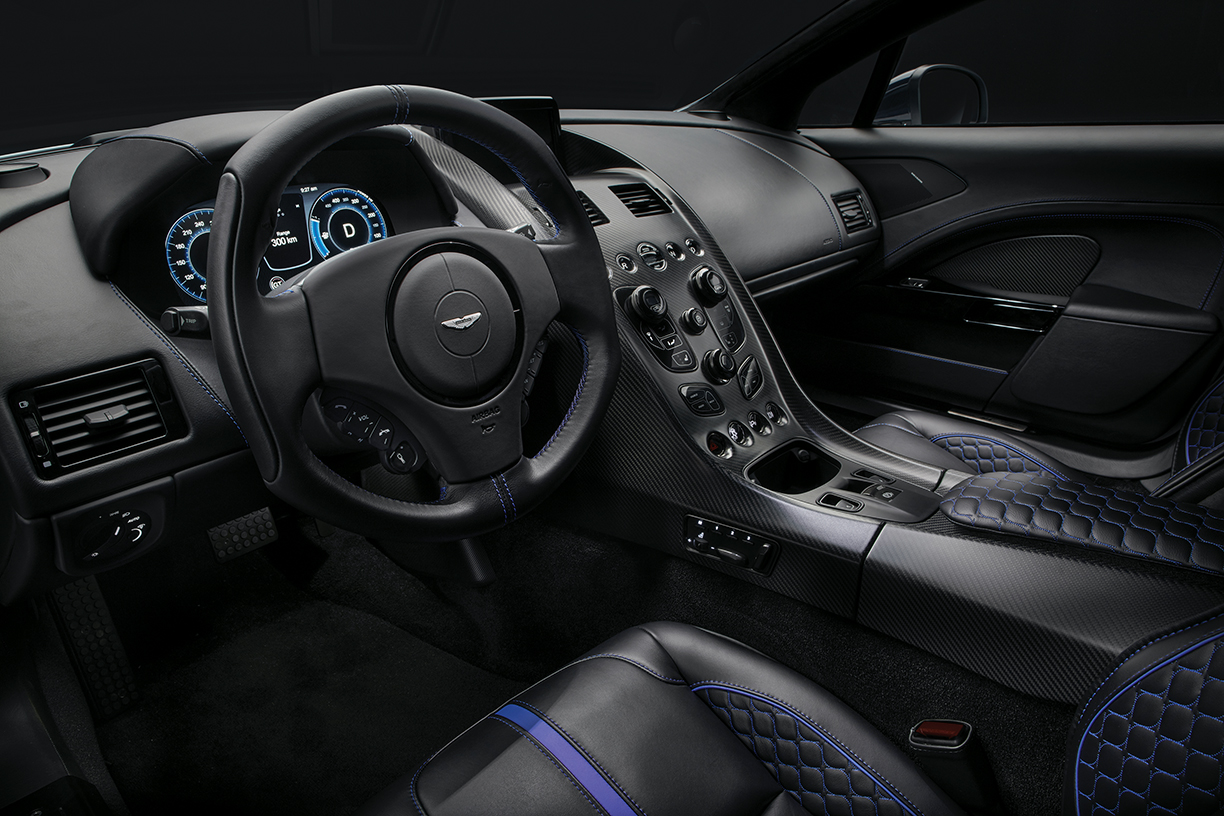 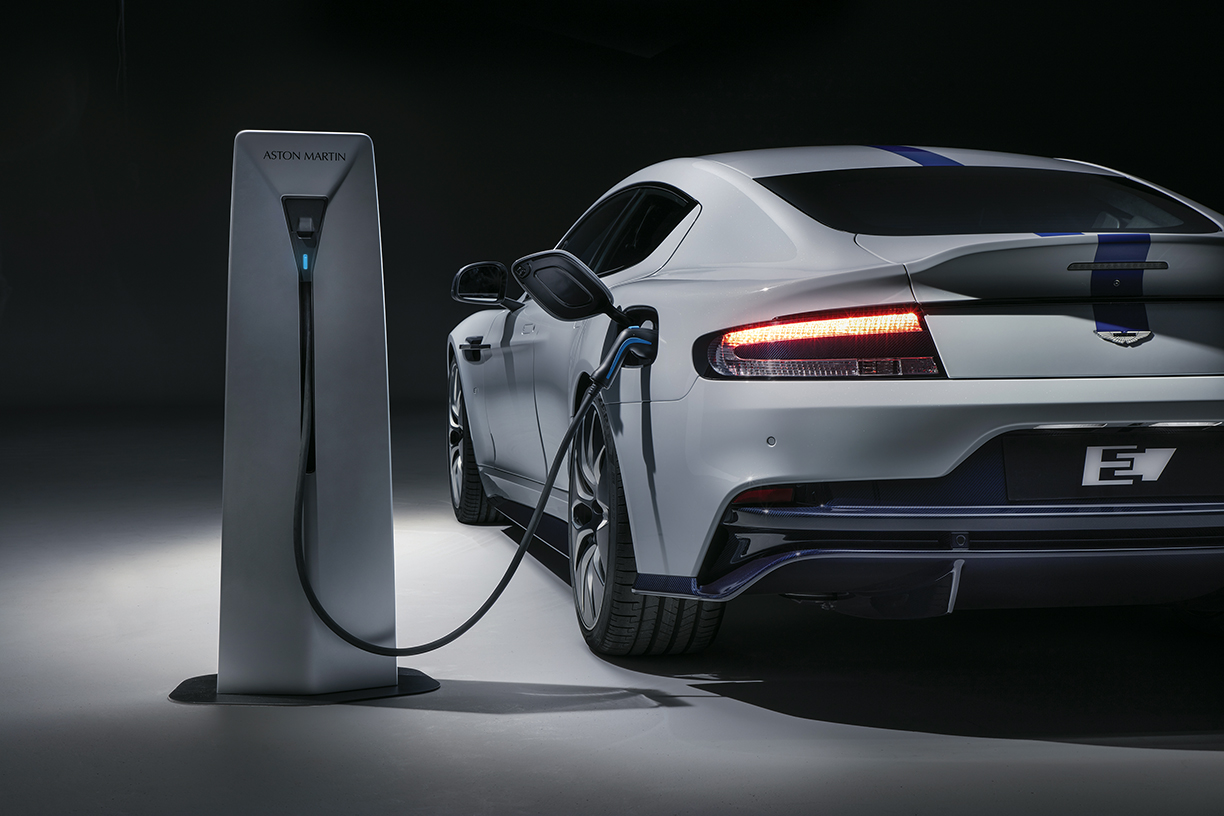 “Rapide E is proof of Aston Martin’s commitment to its Second Century Plan. Having an electric powertrain is no longer just a vision for our company, it’s reality. We are producing fully electric vehicles which will form part of our future strategy that will culminate when the first Lagonda vehicle enters the market,” he says.

Pricing is not yet available for these models. Explore all Aston Martin vehicles at astonmartin.com.

All photos and featured photo courtesy of Aston Martin.